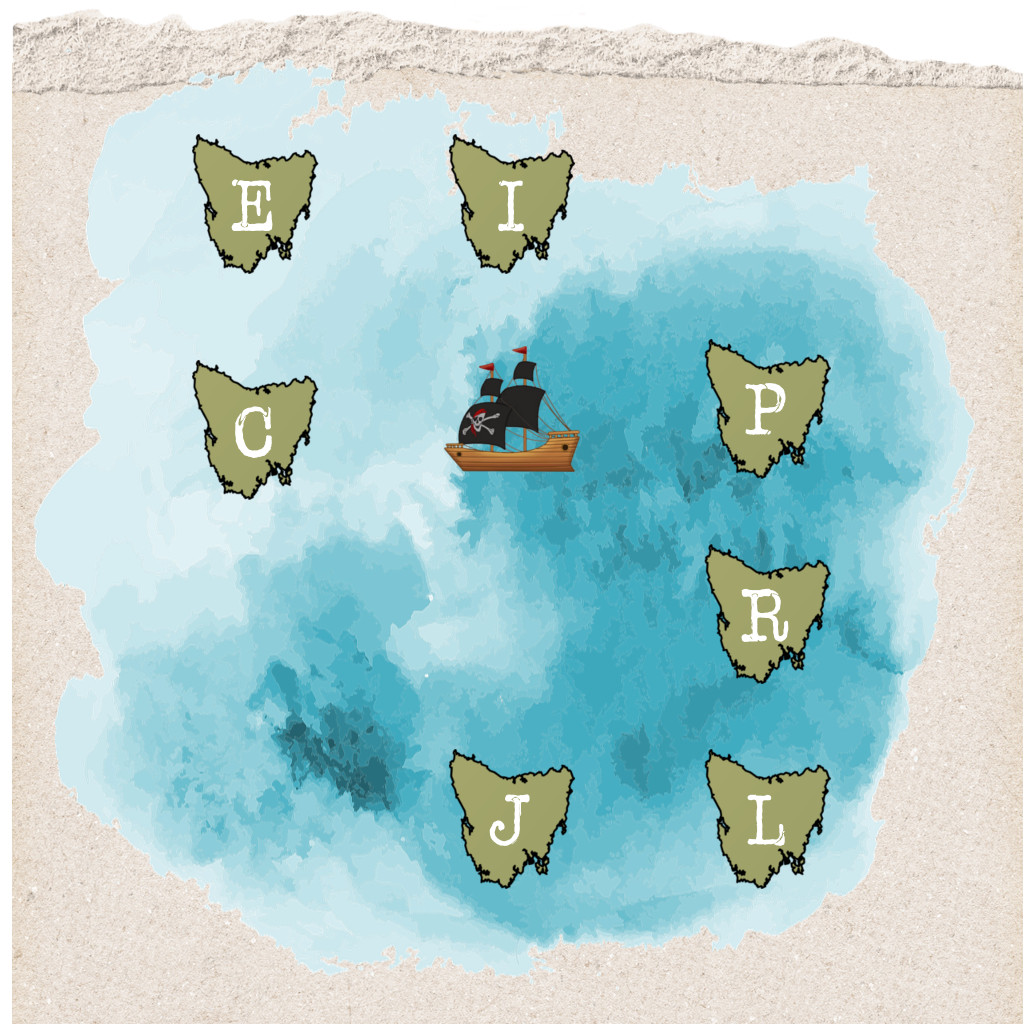 Can you follow the lost pirate’s route and discover what he is searching for?

The pirate went to the island directly north, and then to the island west. He knew that what he was looking for was between them, but he gave up and returned to where he started.

The pirate then went to the next island east, but found he’d gone one place past his destination.

From there, the pirate went as far south as possible. There, he found one of the things he was searching for, but wanted more.

The pirate returned to where he started from. From there, he traveled to the western island. Sadly, he gave up one place too early.

What was the pirate searching for?

Once you’ve solved the puzzle, use the answer as the password below (all lowercase).

Each island has a letter on it. The story has 4 paragraphs, each which will give you a single letter.

Note: The letters on the islands are not necessarily the letters the pirate is searching for. They will, however, help you find them.

The answer’s first letter is “G,” the letter half-way between E and I.

The answer’s final letter is “D,” the letter one place after “C.”

Enter the answer (all lowercase) in the protected area below: